Skip to the content
Here’s an assortment of goodies Roldo Odlor sent to Greg Hill around the mid-80s during the same period he created the cover artwork for Historia Discordia: The Origins of the Discordian Society (Amazon). Roldo is also known for his artistic work with Kerry Thornley on the Goetia Discordia.

And, in case you missed it, check out these other letters to Hill in Part 00001 of this series.

Here’s a rough pencil sketch by Greg Hill from the late-60s depicting the Discordian Sacred Chao in a swirling vortex of fire! 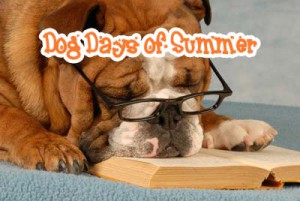 In the Roman Empire’s eternal era of superior gleaming, the Dog Days were popularly believed to be an evil time when “the Sea boiled, the Wine turned sour, Dogs grew mad, and all other creatures became languid; causing to man, among other diseases, burning fevers, hysterics, and phrensies. And then there was the perpetual godsawful smell of boiling cabbage.”

This Sirian Summer of Discontent has been revealed to be distinctly Discordian. Chaos Reigns!

Here’s the latest on what Eris has procured for Her Enjoyment:

INTERVIEWS WITH THE
‘CRACKPOT HISTORIAN’
@AdamGorightly 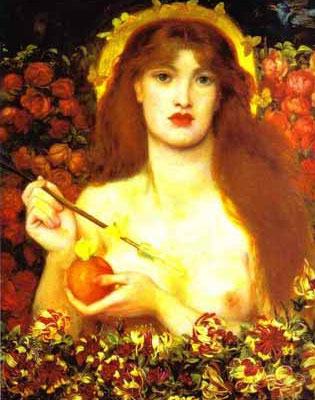 Now that I’ve gotten Adam Gorightly’s excellent Historia Discordia (Amazon), I’m starting to see some really intriguing parallels between the Discordians and the Gnostics (the latter of whom I’ve always been very interested in).

One of the central principles of Discordianism is that “the only thing you can know is that you cannot know anything…” reminds me of the gnostic concept of the nature of the “Source” or “Pleroma,” which was also ultimately unknowable as well. The Pleroma created from pure thought Sophia, or “knowledge,” the source of enlightenment for humans, who through the medium of the “fruit of the tree of knowledge” causes Adam and Eve (mankind) to become self-aware. Now it’s interesting that Sophia uses an apple, or that the fruit of the tree is most often represented as an apple; and the “original snub” of Discordianism is a golden apple with the word “Kallisti” (to the most beautiful) which Eris tossed into the wedding feast of Thetis and Peleus, and eventually would lead to the Trojan War as a result of a jealous tiff among the Greek Goddesses. Sophia was usually associated with the soul by the gnostics, and the soul was often thought to have its seat in the pineal gland. The Discordians speak to Eris via the pineal gland (coincidence? I think not…). 🙂

Old Greyface of the Discordians is really parallel with the demiurge, who the Gnostics associated with Jehovah or YHWH. Both of them try to convince mankind that there is an “order” to the cosmos, and they were responsible for creating it (which they were) but being imperfect themselves, their creation was inherently imperfect (thus, we get cruelty, ignorance, hot dog buns, and chiggers). What they really don’t want mankind to know is that Sophia actually created us (or our soul personalities), and that we are in fact closer to the Pleroma than they are. Of course, there were those who wanted to stick to orthodoxy, and for them the Church of the Sub Genius was created by Bob Dobbs, with JHVH-1 being essentially the embodiment of Greyface.

Then again, both the Discordians and the Gnostics may simply have been insane… but Eris tells me otherwise. 🙂

Well, the title is kinda true. We had to evacuate The Discordian Archives Hindquarters (DAH) yesterday when the Junction Wildfire came rampaging our way.

I had been monitoring the situation, and so in an orderly fashion loaded the two cats and other stuff in my truck. When the word came down to evacuate, I got the hell out of Dodge. Among the items I took with me, of course, where the key pieces of the Discordian Archives, which included the 1st edition of Principia Discordia as well as The Honest Book of Truth.

We’re back at the DAH now and all is well. The firefighters sound like they’re getting the upper-hand on the fire. Unfortunately, a few structures were lost in town, but nobody was injured, so that’s what’s really important.

Also to let every Erisian know that be might concerned, the original Paste-Ups of the Fourth Edition of the Principia Discordia (fnorded as the Sacred PUD), along with other materials yet to be released, are currently located outside of Atlanta, known as the Discordian Archives East, so they are well safe-and-sound and were never in danger.

Hail Eris and All Hail the Brave Firefighters of the World! 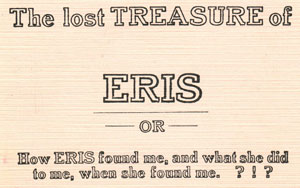 We recently posted some scans from a little Discordian ditty called the Lost Treasure of Eris.

The fellow who sent the scans, Alfred Vitale, was pleased as punch about this, and sent me a few more snapshots of this Erisian wonder, along with these comments:

LOVED the piece on your blog! Finally started Historia Discordia… it is awesome! I will write more in detail at some point soon… it makes me laugh out loud. Nobody in my house knows what Discordianism is… but I’ve tried to share Principia and whatever doctrinal witticisms I could, but they just rolled their eyes. Same thing happened when I gave a talk recently at a high school. 15 kids in the room, but ONE of them decided to go check out Principia online… perhaps a seed planted. But I think your book has made my wife and daughter believe that my lunacy is not so unique now… so thanks 🙂

I had to use my camera phone because the book’s a bit fragile and if I lay it flat it may fall apart. These are a couple of random page shots—not complete pages, but maybe helpful?

Historia Discordia is currently ranked #1 in the Movements category at Amazon as of this writing.

But what I find most encouraging (and synchronistic) is that the overall Amazon Best Sellers ranking for the book is #2,323!

Hail Eris! All Hail Discordia! And All Hail fellow Discordians!

Welcome to a new series here at Historia Discordia called “Greg Hill Gets Letters,” featuring chaotic correspondence sent to Hill from fellow Discordians throughout the years.

In the first episode, we present a package of happiness sent from Kerry Thornley to Greg during the period Kerry was living in a renovated chicken coop in Tujunga, California, around 1976 or thereabouts.