Skip to the content
Robert Anton Wilson (RAW) explored the UFO mystery over the years and one of his earliest writings on the topic appeared in the May 1975 Berkeley Barb entitled “Awaiting The News from Galactic Central” about a story then circulating which predicted ETs would soon be broadcasting over worldwide TV.

Also included in the article are comments from a number of personalities, among them Malaclypse the Younger (Greg Hill): “There is no doubt at all that proof of galactic Higher Intelligences will appear on TV screens everywhere between September and November 1975,” he said flatly. “I stake my reputation on this.” 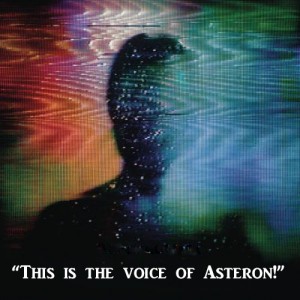 Apparently this ET broadcast that RAW wrote about in the article never happened—at least not in this spacetime continuum—but something of a similar sort occurred a couple years after the fact (or fiction) on November 26th, 1977 during a regional newscast in the UK when an entity named Asteron interrupted the telecast with this startling message!

More on this startling story here!

RAW’s first encounter with a UFO (or a reasonable facsimile thereof) occurred in rural New Jersey in the mid 1960s when in the presence of friends and family members, he witnessed a silvery something from afar.

Each of the witnesses took turns examining the object through a pair of binoculars, and some were of the opinion that what they witnessed resembled a classic flying saucer craft accompanied by humanoids in silvery costumes. When RAW looked through the binocs, he observed something similar to a geodesic dome, sans the silver clad spacemen. RAW went on to state in Cosmic Trigger Vol. 1: “That afternoon, my son, Graham, encountered an ‘extraterrestrial’ in the woods behind our house, at the foot of the hill. She was a female, with silvery skin, and she told Graham (he was five at the time) that he should become a physicist when he grew up… Years later, Graham did indeed study to become a physicist.”

“Prof. Jacques Vallee, who has analyzed all such Contact stories that have occurred since 1890 with a computer to find statistical patterns, informs us that this is drearily typical. The majority of child contactees, Vallee has discovered, report female extraterrestrials. (The majority of adults report males, in two standard types — small green men or giant blue men.) In fact, Dr. Vallee has found 44 parallels (similarities of image, word and detail) between the average experience of child Contactees …” (p. 39)

“Contactees generally report Her, according to Vallee, and the silvery globe was also around in some of Her miracles, under the guise of the B.V.M., at Lourdes and Fatima. In one of Her miracles at Fatima, She caused the sun to plunge directly toward Earth, in the shared experience or hallucination of over 100,000 witnesses…” (pp. 40-41)

“Naturally, I did not suspect for a long time that our Lady Eris, goddess of confusion, was just the Space Lady coming back to haunt me in a different guise.” (p. 59)

RAW’s second UFO-related experience (sort of) occurred on July 23rd 1973. Leading up to this event, he’d been programming himself with LSD while conducting a series of Crowleyean rituals known as the Conversation with the Holy Guardian Angel. On top of all this, RAW was using Dr. John Lilly’s “Beliefs Unlimited” hypnosis-tape to access the astral plane… or a reasonable facsimile thereof.

It was at this time that RAW established apparent contact (maybe) with certain critters from the Sirius star system… or it might have been a Giant Pookah named Harvey, for all we know. Or a bunny named Bugs.

Crowley, it has been conjectured, met with his own host of alien looking chaps, among them Aiwass and also a curious character named Lam who looked somewhat like the alien grays that would later claim their fame in Whitley Strieber’s Communion and The X-Files. It was Aiwass who dictated (though psychic channeling) The Book of the Law, which formed the basis of Crowley’s “religion” Thelema. But Thelema, like Discordianism, should be more aptly termed an irreligion, “Where every man and woman is a Pope,” in the same respect that in Thelema, “Every man and woman is a star.”

In one account, RAW recalled his Sirius experience occurring in a hypnogogic dream state when the perceived entity (or Ascended Master or whatever it was) whispered in his inner ear something about the significance of the Sirius star system that RAW immediately scribbled down in his magickal diary: “Sirius is very important!”

Intrigued by this cryptic message, RAW afterwards visited the Berkeley Public Library to conduct more in depth research where he stumbled upon a passage in a book revealing that July 23rd is the very day when Sirius rises behind the Sun, known as the Dog Days. July 23rd is now considered a High Holy Day in Discordianism, known as Robert Anton Wilson Day or Maybe Day. Oddly enough, it is also National Hot Dog Day. (Buns optional.)

Around the same time as RAW’s Sirius synch, science fiction author Philip K. Dick had some sort of “mystical experience” involving three-eyed crab clawed beings from (you guessed it!) Sirius. This led to Dick’s trilogy of books based on the VALIS theme.

Concurrently, British author Doris Lessing also established some sort of contact with Sirius, which inspired her to pen a Sci-Fi novel entitled The Sirian Experiments. In this regard, neither RAW, Dick or Lessing were aware of one another’s experiences until well after their own respective experiences occurred. These are the type of synchronicities that frequently avail themselves to those who dabble in the occult, psychedelics and Forteana.

Somebutnotall of RAW’s Conversation with the Holy Guardian Angel rituals occurred on the astral plane (which could also be interpreted as the subconscious mind or collective unconscious) where he met up with a number of perceived entities, one of whom was his old friend Dr. Timothy Leary:

“I was continually interrupted during my voyages by impressions of Leary doing similar experiments in his cell at Folsom. I also had visions of him flying over the walls of the prison.”

In Cosmic Trigger, RAW notes that in October 1973 he received permission to begin corresponding with Leary at Folsom Prison and “started out with a letter about the general philosophical implications of tuning the nervous system to higher fidelity of signal-reception and very carefully did not mention my July 23 experience with Sirius. (I was fairly sure that my July-August impressions that Timothy was doing telepathic experiments had been accurate, but I had no idea yet that he was attempting interstellar telepathy.) Tim’s answer was full of characteristic humor.”:

“The prison administration is perfect. They act as a Van Allen belt protecting my privacy, screening out distractions… The people they refuse visiting privileges are exactly those people who come to exploit me or whose love for me is flawed. My gratitude toward the prison warden must not be misunderstood. They are too possessive and jealous — terrible states to be in. Their love and dependence on me are too restricting. They are terrorized that I might leave them… in the lurch, so to say.” (pp. 102-103)

To the above letter, RAW wrote back, “but remained mum about Sirius. Instead, just for the hell of it, I used my official Discordian Society letterhead. The stationery bears the imprint of the Joshua Norton Cabal… Timothy, however, seems to have thought Joshua Norton Cabal was the name of a living person. Actually, Joshua Norton—or Norton I, as he preferred—was a San Franciscan of the last century who elected himself Emperor of the United States and Protector of Mexico. Bay Area historians still argue as to whether Norton was a psychotic or a clever con-man; in any event, he was ‘humored’ by the citizenry of the time and, in effect, lived like an Emperor. As Greg Hill, co-founder of Discordianism, has written, ‘Everybody understands Mickey Mouse. Few understand Herman Hesse. Hardly anybody understands Einstein. And nobody understands Emperor Norton.’ (The Discordian Society, we repeat again, is not a complicated joke disguised as a new religion but really a new religion disguised as a complicated joke.)” (p. 103)

To the above, RAW “wrote back discussing the odd links between Leary’s work and that of Crowley and Gurdjieff, and mentioning the evidence that the latter two were both taught certain advanced techniques of consciousness-expansion by the Sufi lodges of the Near East. [RAW] also mentioned that Rasputin might have had the same sort of Sufi training during his wanderings. Leary’s reply blew [his] mind…” (p. 104).

When RAW got in touch with Michael Horowitz, he heard, for the first time, about the “Starseed Transmissions” although it wasn’t until 1977 that RAW got the full lowdown from Lynn Wayne Benner, Leary’s closest friend in Folsom, who informed RAW that the Starseed Transmissions started (you guess it) in August of 1977 during the peak of the very same Dog Days that did a number on his head.

During this same period (circa 1973-1974), Dr. John Lilly (whose “Beliefs Unlimited” tape RAW had used as part of his metaprogramming curriculum) was meanwhile going through his own series of interstellar communications with a network of alien entities known as ECCO, an acronym for “Earth Coincidence Control Office.” These communications were achieved through the use of the drug Ketamine.

Over the years, RAW stayed hep to the flying saucer trip by interacting with cutting edge Ufological thinkers such as the aforementioned Jacques Vallee, who became a heavy influence on RAW’s Ufological worldview:

“After October 1974 (due to a meeting with Dr. Jacques Vallee, an extraordinarily erudite astronomer, cyberneticist and UFOlogist), I began to develop new belief systems to explain my Sirius experience…

“Dr. Vallee has been concerned with UFOs since the early 1960s, when he was two of the beasties. Over the years Vallee has broadened his investigations to include ‘psychic’2 experiences that relate in one way or another to UFOs, such as my Sirius experiences. He believes that this whole area of other-worldly communications has been going on for centuries and will probably not turn out to be extraterrestrial. The extraterrestrial content of the experience these days, he says, is just an adaptation to 20th Century beliefs. The phenomenon took other and spookier forms, his data indicate, in other epochs.

“This made perfect sense to me, since I had originally gotten in touch with ‘the entity’ by means of Crowleyan occultism. The extraterrestrial explanation was not the real explanation, as I had thought; it was just the latest model for it in the Middle Ages, or dead relatives speaking through mediums had been a model in the 19th Century.

“Then, on Sunday, March 13, 1976, a dispatch from Reuters News Service appeared in newspapers around the world. I read it in the San Francisco Examiner-Chronicle and it was like opening a door in my own house and finding Ming the Merciless shooting it out with Flash Gordon.

“The dispatch concerned Robert K. Temple, a Fellow of the Royal Astronomical Society of England, a scientist of dignity and status, who was propounding a theory wild enough to come from the pages of von Daniken himself. Temple claimed that Earth had been visited by an advanced race from a planet in the system of the double star, Sirius, around 4500 B.C. Temple based this assertion on the fact that definite and specific knowledge of the Sirius can be found in the mythology of the Babylonians, the Egyptians, and some surviving African tribes—knowledge which modern astronomy has only rediscovered with the fantastically delicate instruments of the last two decades…”