Hot off the presses is Discordia Britannica, the product of a couple Liverpudian Discordians named Lucas and Jason who informed me that, “We like the home-made look of it—it reminds us of things we used to pick up all the time but never see anymore.”

Featured in this first edition is an interview with RAW conducted by Lewis Shiner that originally appeared in issue #5 of Trajectories (not to be confused with RAW’s magazine by the same name), a Sci-Fi zine published by Richard Shannon in Austin, Texas in the late-80s, as well as a Q&A with Anton Newcombe of Brian Jonestown Massacre—not to mention an article by yours truly entitled “The Dead Comedian Conspiracy.”

For more info email discordian9@gmail.com or check ‘em out on facebook. 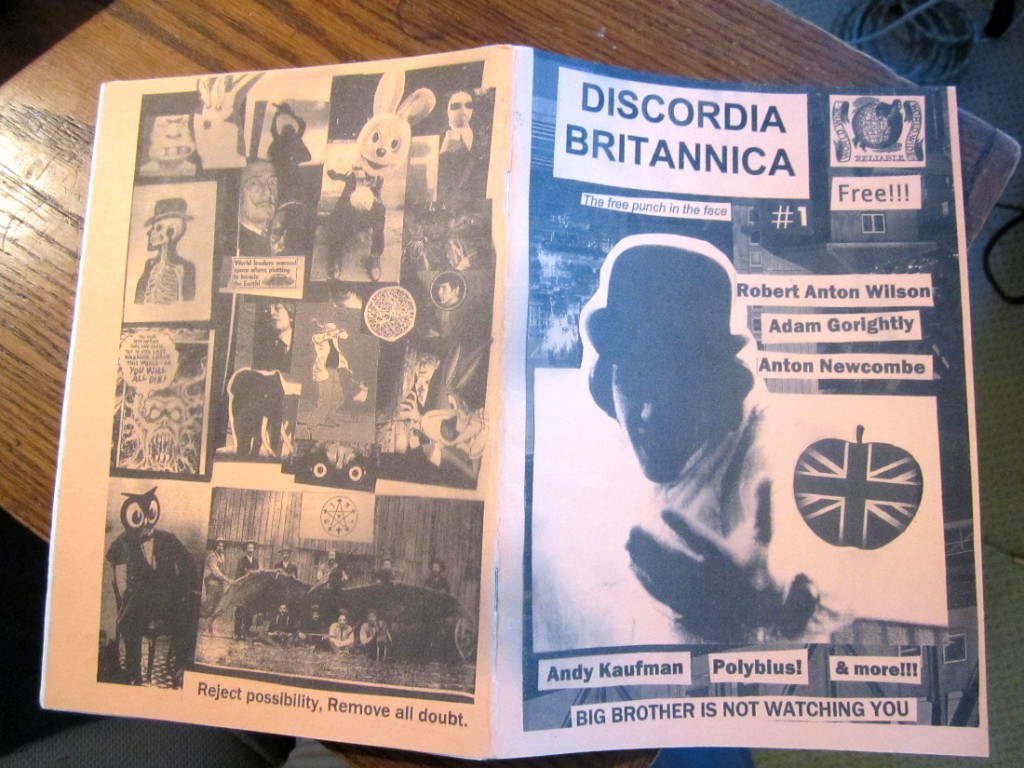 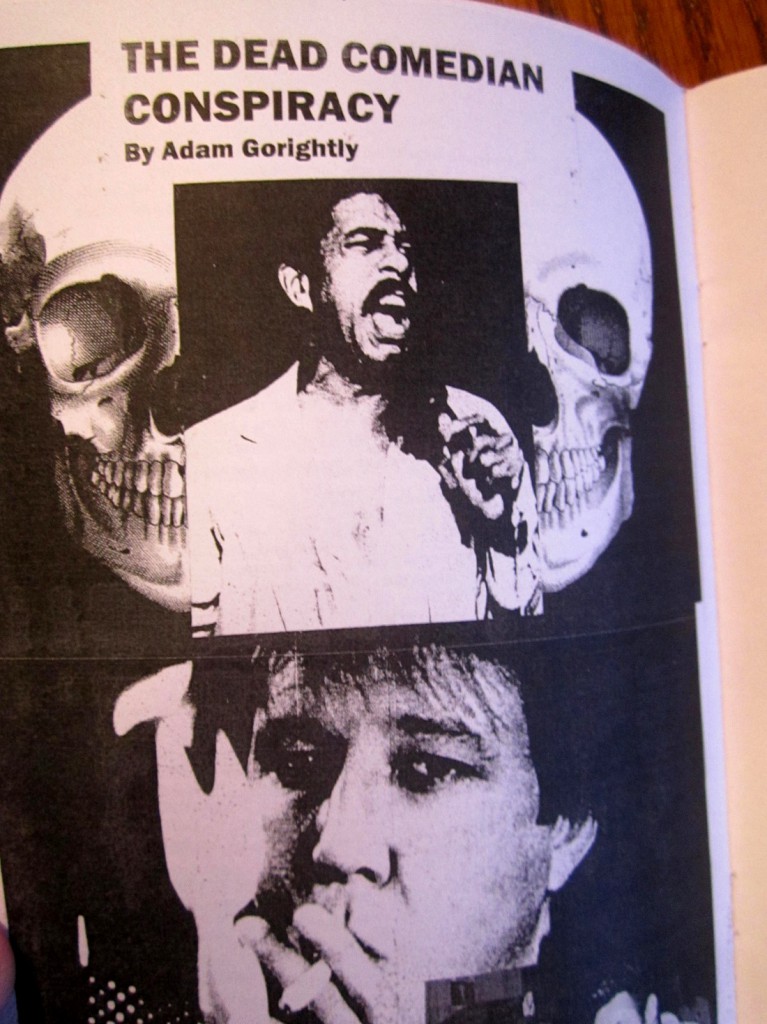